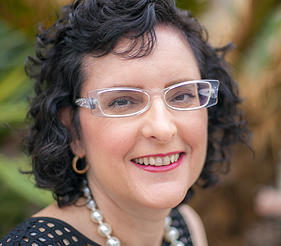 Joanna J. Charnas is a social worker with over thirty years of experience as a licensed mental health provider. She received her master’s degree from Boston University School of Social Work in 1988 and has earned the highest level of social work licensure in California (Licensed Clinical Social Worker, 2001.) She has worked in numerous service sectors, all of which placed fragile people in her care and enhanced her clinical acumen and skills. Since 1995, she has worked specifically with people with mental and physical illnesses. She published on HuffPost Blog for two and a half years, and her writing has appeared in PopSugar, The San Francisco Review of Books, and SteadyHealth.

More about her writing can be found at www.joannacharnas.com

Her second book, 100 Tips and Tools for Managing Chronic Illness, was released in April 2018.

Joanna’s third book, A Movie Lover’s Search for Romance, will be released in July 2020 and is currently in available on pre-order.