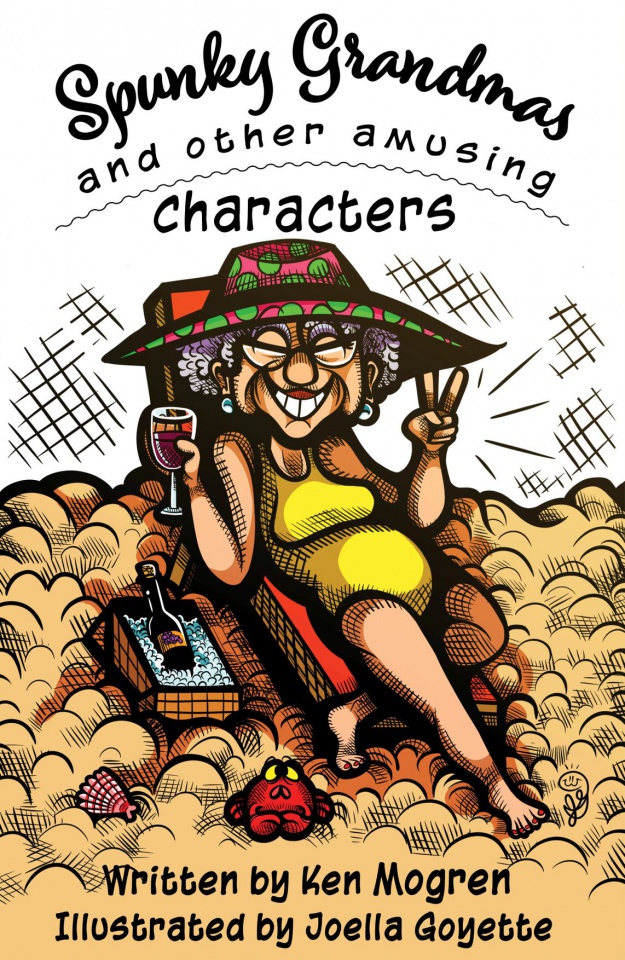 Spunky Grandmas and Other Amusing Characters


Spunky Grandmas and Other Amusing Characters is a collection of over 100 entertaining fictional mini stories about comical human behavior. Written in sonnet form, each of 22 chapters starts with a cartoonish illustration by Joella Goyette that introduces the theme of the stories that follow. Humorist, Ken Mogren, features grandmothers who are anything but stereotypical, as well as other folks whose behavior is best described as unconventional.

1) I am deeply impressed with the poetic consistency of the sonnet form, Several caused me to chuckle out loud. The illustrations are also a “hoot.” – Hal Cropp, producing artistic director, Commonweal Theatre Company

2) Finally!  Poetry I can understand! With a bonus: It’s hilarious! And an added perk: It not only makes sassy sense, it’s actually intelligent! – Emilio DeGrazia, author, poet and founder of Great River Review literary magazine

3) Ken Mogren’s sense of humor feels like the first warm breeze after a long winter. His quirky world view, deft turn of phrase, and courageous (and hilarious} use of the sonnet art form makes Spunky Grandmas and Other Amusing Characters a literary treasure. – Patrick Marek, publisher Winona Post.