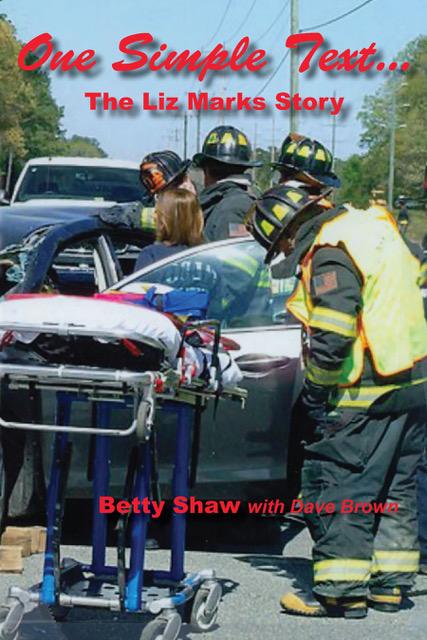 
It was every parent’s worst nightmare. On a sun-drenched morning in April 2012, a Maryland state trooper knocked on Betty Shaw’s front door and delivered the grim news that her 17-year-old daughter, Liz, had been involved in a horrible car accident and was clinging to life.

Liz recovered from her life-threatening injuries but suﬀered severe and permanent eﬀects from the accident. Texting while driving caused Liz’s crash, and she and her mother went on a mission to educate people about the perils of distracted driving. The pair began to speak before various groups, and as their popularity grew, they launched a video about Liz’s story which went viral, spawning magazine and online articles, as well as several TV appearances, including one on Oprah Winfrey’s Where Are They Now? show.

In One Simple Text, Betty Shaw recounts her daughter’s frightening and arduous but ultimately uplifting and inspirational journey. Betty chronicles Liz’s ordeal from the day of the accident and provides a glimpse of their life on the speaking and television circuit. This is a poignant memoir about a young woman who triumphed over tragedy; a mother and daughter’s love; and the indomitable power of the human spirit.

ORDER FROM THE MSI PRESS WEBSTORE!
ALL PERTINENT DISCOUNTS APPLY!