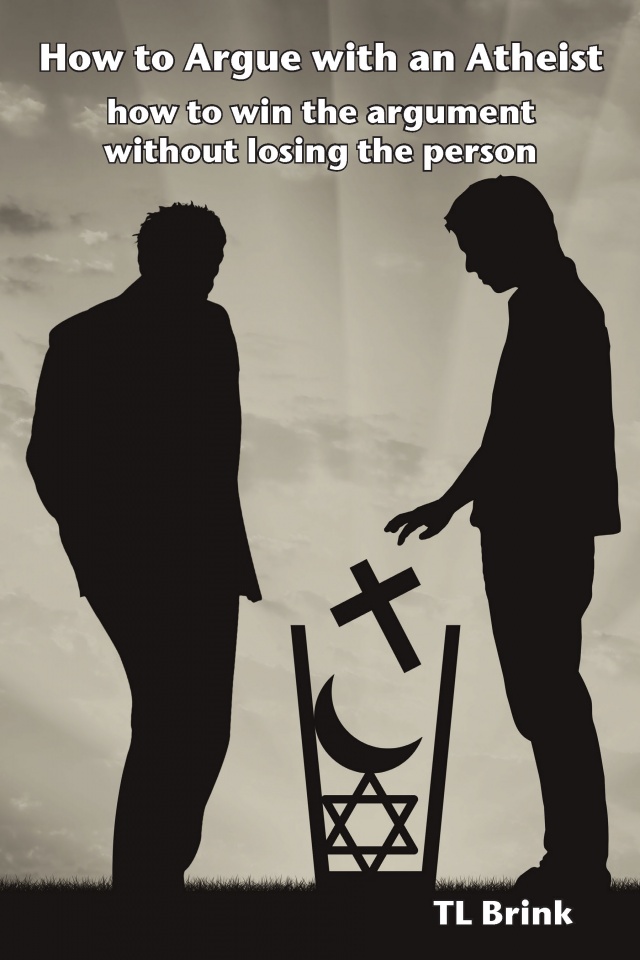 How to Argue with an Atheist: how to win the argument without losing the person

There are three contexts in which you may be called upon to argue with an atheist.
1. You are in a formal debate.
2. You are in a conversation with an acquaintance.
3. You are challenged by that inner atheist, those doubts that arise in all of us from time to time (and sometimes prevail over the younger swaths of our lives).
This book simulates the interactive conversation found in #2, but it could be used to prep for #1. Perhaps its greatest use will be in #3. Instead of looking at atheism as an intellectual position defended by logic, I view it as a psychological defense mechanism akin to denial. We need to understand religious “faith” not as an irrational or anti-scientific position, but as a commitment to serve God. Atheists have refused to participate in the spiritual dimension of life. This book helps atheists recover by leading them, in a 12 step program, to an exploration of the spiritual dimension.
In whichever of these contexts you find yourself arguing with an atheist, remember, your goal is not to score points and win against some other person, but to win for persons: the persons in the audience, the person you are having the conversation with, and the person whose spiritual potential lies within you.
Buy from:
Amazon Barnes & Noble Powell's Books-A-Million Alibris AbeBooks
Reviews: